Many people dread the idea of their 50th Birthday. If I am honest about it I have mixed feelings about turning 50. Regardless of how I feel it is going to happen sooner or later.

So, in anticipation of the BIG 5-0, I thought a round-up of 50 things to do before celebrating the 50th would be fitting. Let me forewarn you that not all items on the list are travel-related but they are all experiential. I think of this as more of a general 50 by 50 round-up. I’d call it a bucket-list but I have no intention of kicking the bucket any time soon.

I’d also, like to make it clear that I have not done everything on the list. I took some suggestions from other bloggers that I felt worthy of making the cut. You should know that I have not completed the entire list because I do not want anyone to feel like they are not keeping an appropriate pace. That is something I hope never to do with this blog.

Finally, I had to make the post two parts because I didn’t want to simply produce a to-do list of 50 things. I wanted to add a narrative. Therefore, the post became quite lengthy.

To date, I haven’t experienced anything like it. I expected that when I exited the plane there would be that feeling you get when a roller coaster crests that first big hill and starts its descent. Not at all. Honestly, I think there is a second or two that I don’t remember at all. I recall standing at the open door of the plane and then the next thing I knew I was out of the plane and had the Oh Shit, I’m in the air moment. From there out it was great. I think I smiled all the way to the ground. Free falling at 120 mph I should have been scared but I found it exhilarating. 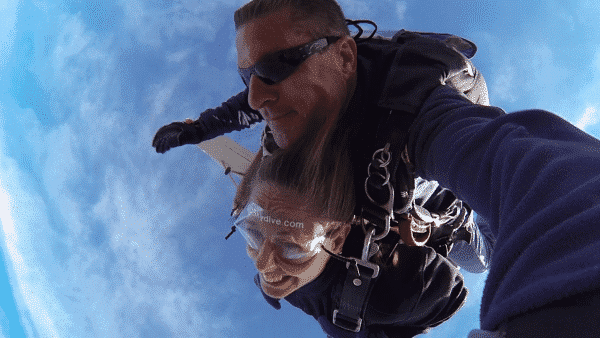 I have not yet Scuba dove but I snorkeled many places. I won’t say you need to do it in a specific place. Some of my best snorkeling experiences have been, Haiti for the coral. In St. Kitts I swam with a sea turtle, in St. Thomas it was Barracudas (not advised) and in Egypt’s Gulf of Aqaba some of the most beautiful fish anywhere. The Great Barrier Reef or the Red Sea would be my dream. 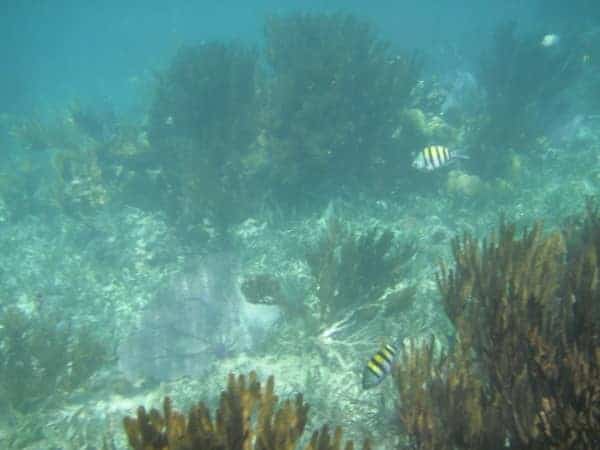 Why? Because it is Sicily. Do you need more reason? If so, the cannoli are the biggest I’ve ever seen. We enjoyed ours at a cafe in the quaint seaside village of Taormina. The town sits on cliffs overlooking the ocean and has a lovely historic main street lined with cafes and upscale retail space.

I only have one reason for this one. Just to say you did it – bragging rights. I won’t tell you they are delicious. I had them at a Vietnamese wedding my husband and I attended. They soaked them in ginger and if I had to guess rice vinegar. The overall experience is a bit like chewing on rubber bands soaked in ginger. 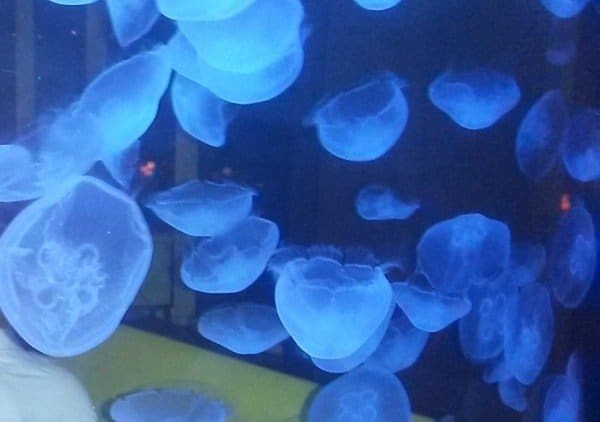 5. Learn to Surf or at Least Try

I would like to take a lesson. About 10 years ago I bought a second-hand board and tried to teach myself. I was not particularly successful for two reasons; it is not an easy skill to learn when you are over 40 despite how the kids make it look and the board I bought was too small for me. I may have been more successful with a longboard. 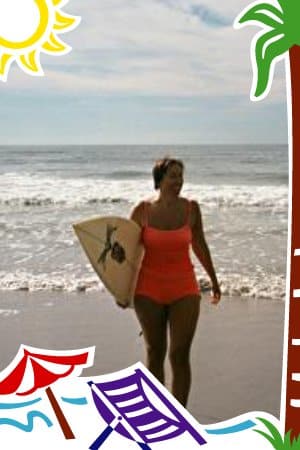 If you are not familiar with this insane tradition, it takes various forms around the world. Regardless of where and when it is done the gist is the same. It is jumping, diving, or running headlong into a body of icy water. This is no Ice-Bucket Challenge. I did it in the frigid waters of the Atlantic Ocean on New Year’s Day. The air temperature was in the teens and the water was just above freezing. Ice and snow lay on the beach. This is crazier than jumping out of a plane in my opinion. When your body hits the water it knocks the wind out of you and when the cold air hits your soaked body it is like thousands of pinpricks.

My adventure was on Royal Caribbean’s Labadee Island. The Dragon’s Breath Zipline stretches 2600 feet at heights of 500 feet over water and land. Hopefully, my next experience will be among the treetops of Costa Rica. (UPDATE: I have now done this multiple times including near Cancun Mexico and in Baja Mexico.)

OK, this might seem insignificant for some because there are just so many places you can do it. For me, it was a pretty big deal because I had nearly died in a canoeing accident on white water a few years earlier. I went with a group of about twenty friends. We started in the historic town of Jim Thorpe, PA and traversed the Lehigh River Gorge. I had a blast and it helped me overcome my fear. 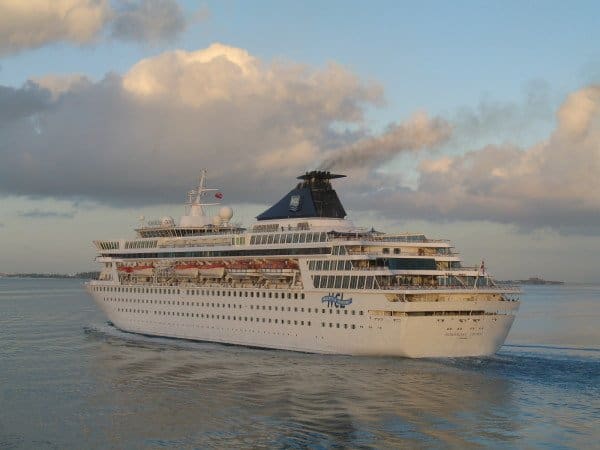 There are so many cruises out there that one should fit your likes and dislikes. One reason I hear for not cruising is seasickness. If this is a problem try a river cruise. What I like about cruising is that you get a taste of several places. If you hate someplace or have visited before you won’t be staying long and if you love it you can plan a return trip. If you choose to stay on the ship there is plenty to do aboard. Also, on port days the spa usually offers great deals on services. 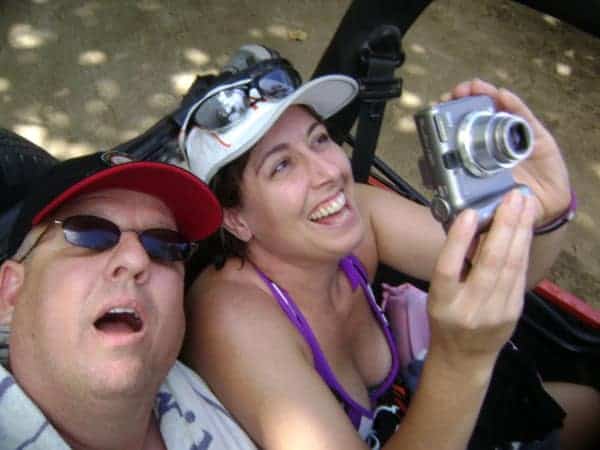 10. Jeep through a Rainforest

Let’s start with Jeep are fun—period. There is something about zipping down rutted dirt roads and across riverbeds with the top down and surrounded by nature.

Let that jeep ride take you to a waterfall in the rainforest. Take a dip in the cool or in some cases icy waters. Again there is that communing with nature.

This cathedral is an architectural marvel and a true labor of love. The detail is beyond compare. 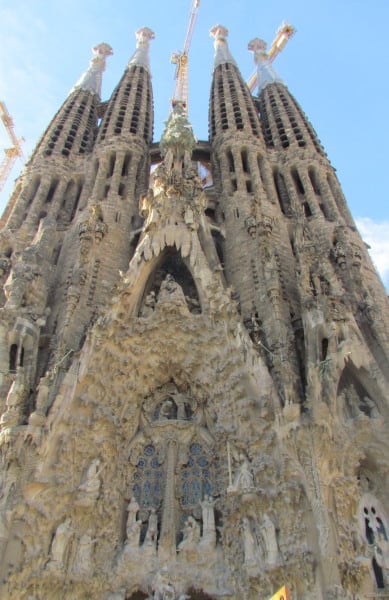 The pyramids are something we all study in school but no matter how many pictures you see and programs you watch you cannot begin to truly grasp the magnitude of these structures. When you consider the time in which they were built they become even more remarkable. 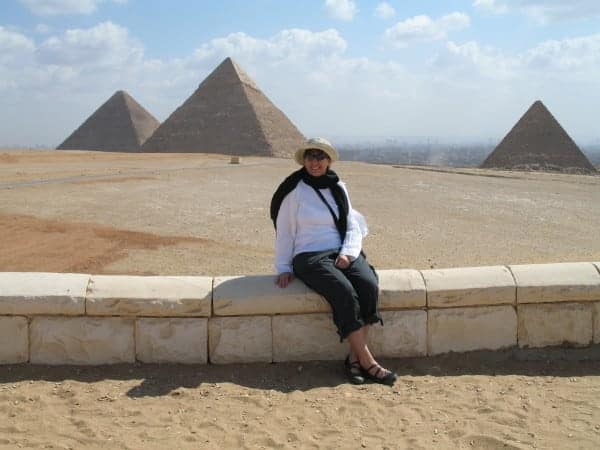 There are so many reasons why a person would choose to do this so I will only name a few. If you are religious this is probably one of the Holiest places on Earth. I am not a religious person and I have to admit it is an amazing spiritual experience. It is a challenging hike. Many people do not make it to the top without the assistance of a camel. In order to get to the summit by sunrise, you need to get up around 3 AM. This is a feat in itself for me but the view and the feeling that comes with having made the climb is one you will never forget. 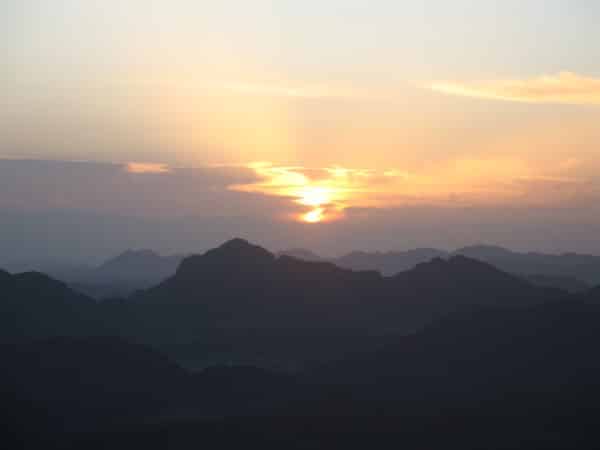 Hammam is the traditional Turkish Bath. One reason to do it is to partake in a centuries-old tradition. Also, there is nothing else like it. I thought it would be like going to an American spa but different. Oh, no! They do not compare. I don’t know that I have ever been that relaxed in my life. It was so great my friends and I went twice in less than a week.

If you’re going to be jaunting about, you may want to explore your insurance options. Travel Insurance Master finds the perfect plan for your adventure. 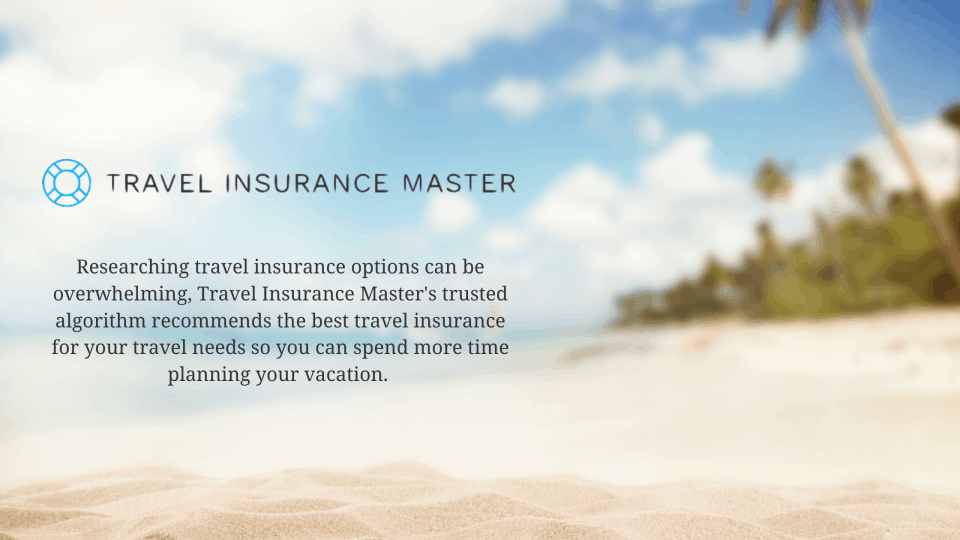 I just love New Orleans. I love the food, the music, the vibe, the people watching, the parades, the coffee at Café Du Monde.

I grew up eating Maryland Crabs. I live on the Upper Chesapeake Bay in MD now but not growing up. However, my extended family all hailed from the Baltimore area. In Maryland, we eat Blue Crabs smothered in Old Bay Seasoning, salt, and steamed until they turn red. A crab feast is not a meal it is an event. It is one of those things you do on a summer day with family and friends. You dump the bushel of crustaceans on a large table covered in paper, grab a beer or lemonade and sit and pick the meat from every part of the crab. When finished there should be nothing but a pile of shells. 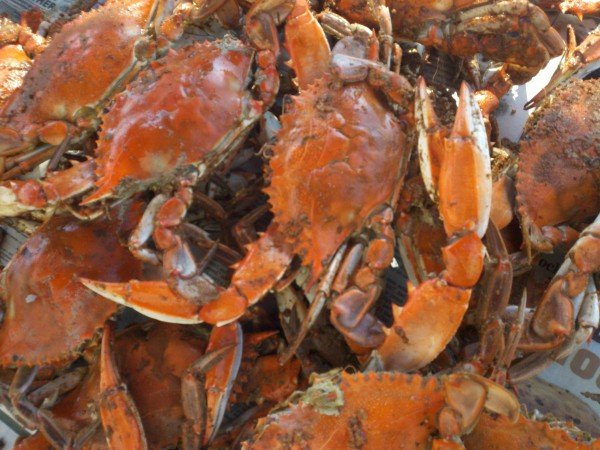 18. Order and Eat a Philly Cheesesteak

I grew up in the suburbs of Philadelphia and spent a lot of time there through the years. Cheesesteaks originated in Philly. The things that get passed off in other cities as Philly Cheesesteaks don’t compare. I say “Order and eat” because there is a particular way to order. It’s a bit like ordering from the “Soup Nazi” on Seinfeld. Do your research before you go so you get it right. 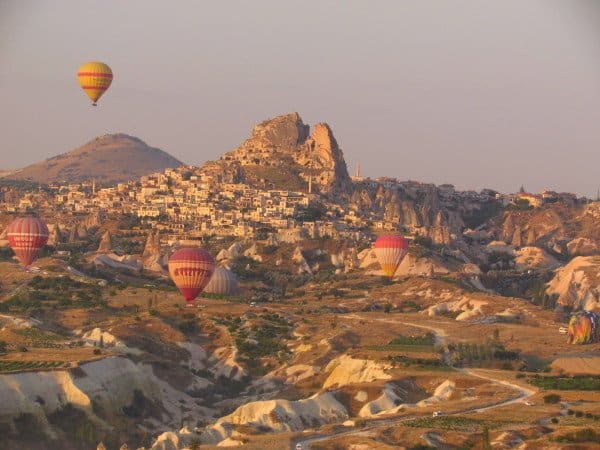 My experience with this was in Cappadocia Turkey. It was amazing in part because of the unique landscape of the region with its fairy chimneys, cave dwellings, and limestone valleys.

This can be romantic, it can be fun, educational if you get a good driver and it is a pleasant way to see a city.

When visiting another country I believe you should try to eat the local fare. This is all part of the experience. The nice thing about tapas is you order several small plates and usually share so there is no huge commitment to something you may not like. 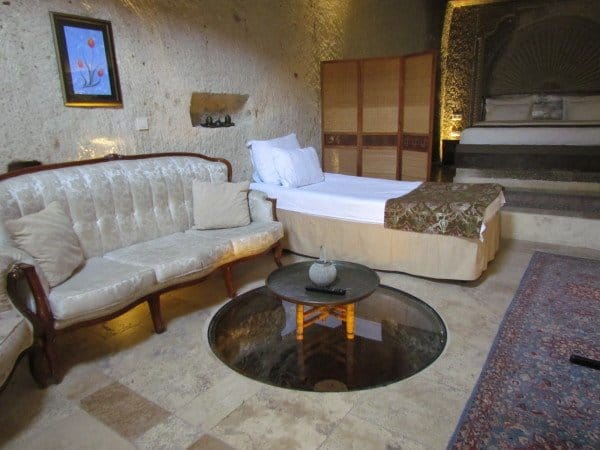 There are all different kinds of caves. I’ve walked through caves, I’ve tubed through them but only a few months ago I had the opportunity to sleep in one in the Cappadocia region of Turkey. Cave hotels have become quite popular. These are not your dark and damp caves with bats hanging from the ceiling. These are suites with beds, baths, and modern amenities. If this isn’t rustic enough for you, feel free to spelunk.

23. Sleep under the Stars

If you grew up in an urban area you may not have had an opportunity as a kid to do this. I did it quite a bit as a kid. As an adult, when my husband and I were first dating we tried to sleep on the beach. All he got out of it was a lot of mosquito bites. Combine this experience with #24.

24. Watch a Meteor Shower from a Very Dark Location

My husband and I used to go to Cape Cod with another couple each summer. There is a place called Encounter Beach that is void of light pollution. The star-gazing is incredible and you are almost certain to see many meteors if not a full shower.

They are beautiful and somewhat supernatural and I learned that you don’t have to be as far north as I once believed you needed to venture. I saw them in Ontario while out on a small boat at night. At first, I didn’t know what I was seeing because of my belief that they were only visible in places like Reykjavik. Here are is everything you need o know about seeing the Northern Lights outside Iceland.

Still looking for more inspiration for your 50 before 50 list? Take a look at Part II of mine.