If there has ever been a case to be made for purchasing travel insurance, a look at my travels over the years has shown me, if nothing else, that some people should have it. And by some people I mean – me!

I’m not trying to sell insurance here. I generally don’t purchase it myself but looking at my excursions since November 2010 maybe I should.

Case #1 – Natural Disasters: My husband Bill and I recently returned from a trip that started in Rome. From there we embarked on a seven-day Mediterranean cruise. Ports of call included Sicily, which is home to Mt. Etna, an extremely active volcano. Another destination was Turkey, which is prone to earthquakes. One week after we returned, a 7.3 earthquake hit Turkey and there have been several others since then. 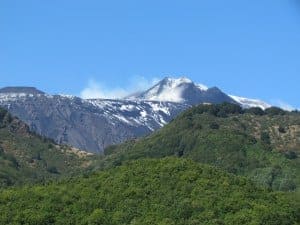 Bill and I frequently cruise to the Caribbean during hurricane season. Rates are lower. On more than one occasion, destinations we had just visited have been clobbered by storms shortly after our departure.

Just as cruising during hurricane season is a calculated risk, so too is the decision to take or decline travel insurance.

Case #2 — Political Unrest: This year there has been much political unrest throughout the world. Just days after departing Rome, we heard reports about riots in Rome. Earlier this year I visited Egypt. I originally planned my trip for late January. As we know, the Egyptian Revolution began 25 Jan. 2011. My trip was canceled by the airline and the US State Department. I did not purchase insurance. If the airline had not canceled and I decided not to go, I would have been out the cost of the trip. I decided to reschedule my trip to Egypt once Mubarak stepped down. I traveled there just one month after his departure. This time I purchased insurance. Fortunately, I did not need it. But based on what I consider a higher than average risk of the unexpected I thought it was money well spent. 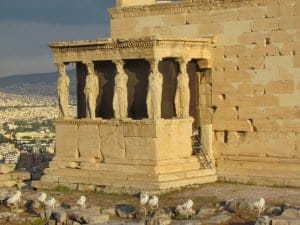 Let’s fast-forward to the most recent trip. We were notified on the eve of arriving in Greece that a labor strike was planned during the time we would be there. The notification also stated that the Acropolis would open but only for a few hours. We had not planned our tours through the cruise line. We had made private arrangements. Therefore if our plans needed to be canceled due to the political situation we had no recourse.

Our visit to the Acropolis went off without a hitch as we had arranged to meet our guide as soon as we could disembark. This got us to the archaeological site just before the ticket office opened and before the groups from the cruise ships could get there. So far so good. 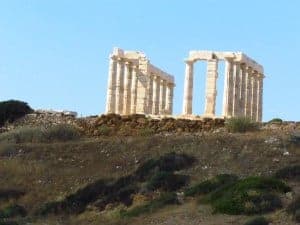 By the time we left, the police were beginning to set up barricades and prepare for potential unruly protesters. So, evidently, the risk of danger existed.

Once we had finished there, the rest of our day was up in the air. Some of the sights we planned to visit were closed. So we worked with our driver to devise a plan for an enjoyable day despite the obstacles. We told him that we would like to go to some of the places the locals go. He suggested we go to the fish and meat market. We were all for it. Bill and I strolled through trying to blend in with the crowd but our cameras gave us away as tourists. The fishmongers hollered out in Greek. We, of course, don’t know what they are yelling but no matter, we are there to take in the experience. 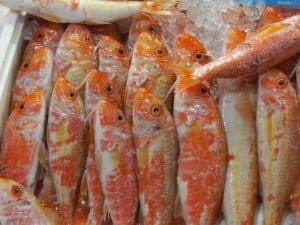 Case #3 – Injury and Illness: We exit the fish market and begin making our way toward the meat market. Bill is three steps ahead of me, which is not unusual, as I don’t want to miss a thing. However, in my attempt to take it all in I missed the curb and fell flat on my face. 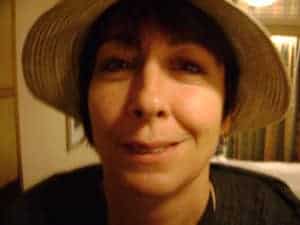 Bill hears the thud and knows it is me before even seeing my body sprawled out on the ground (you get to know these things when you have been with the same person nearly 20 years). A merchant and an older Greek woman come to my aid. By this point, I have gotten myself up but I am not certain of the damages. Racing through my brain are all the warnings to watch out for would-be thieves in crowds (there is now a crowd around me), I’m checking my new camera to see if I managed to save that instead of my face. The camera appears to have made it. My face I am not so sure about. I can only assume that people are asking if I am all right. That is definitely what Bill is asking as he’s checking me over. The Greek woman is doing the sign of the cross, presumably blessing me or thanking God it wasn’t her. I am trying to convey to the good Samaritans that I am fine. I suspect I was unconvincing, as I now know that my lip immediately puffed up and I had blood oozing from my mouth. 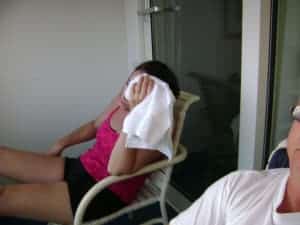 Upon our return home, I was telling a friend about my mishap in Athens. As I am describing the incident in all its gory details, Bill is in the next room fiddling on his laptop. He gets up and comes to the kitchen with the laptop in tow and on the screen is a pathetic looking picture of me with my fat lip (picture of me above wearing the hat). He shows her the snapshot and then toggles to a picture of our cruise in 2010. What do we have? A picture of me holding ice on my head. Why? Because on that cruise all the planets aligned, I was in our cabin with the balcony door open, Bill opens the main cabin door creating a vacuum, closet doors fly open smacking me squarely in the head and face.

After reviewing my travels over the past few years, I have encountered several good reasons why people take travel insurance. However, in my case, the best reason I can think of to take insurance is to protect me from myself.

Modified from my original post on Gypsytales01.wordpress.com, Nov. 2011. Written by Susan Decoteau-Ferrier. 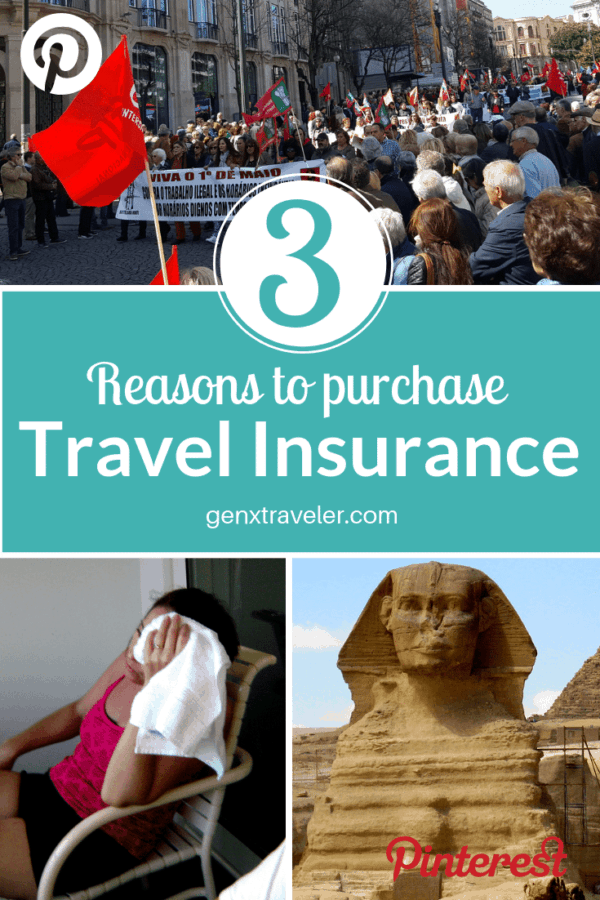 Tips for Traveling with Chronic Illness

Getting Fit for Travel After Three Hip Surgeries